At Cobá archaeological site are the remains of a powerful Maya city that had its splendor era before Chichén Itzá. This archaeological site has a vast extension with 27 square miles (almost 70 km²) and is relevant due to the stelas that display relevant Mayan information, plus the number of good quality Sac-bé roads.

What does Cobá means?

Cobá means punched water due to the lagoon and cenotes system within the archaeological zone. There are two main lagoons named Cobá and Makanxoc, which were a source of watering and contributed to its period of splendor.

It is the tallest pyramid in Cobá and in the Riviera Maya too. It is possible to climb to the top at 137 ft (42 m) tall and must take precautions. Some of the steps are partially missing, and there is a rope to hold on your way up. Reach the summit to have an incredible view of the jungle when you visit Cobá. 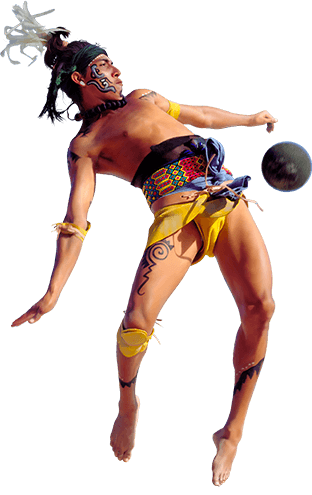 Most of the archaeological sites in Mexico and Central America feature a Ballgame court within the complex. While Chichén Itzá has an enormous court, at Cobá you can watch the relevance and power among the region since it has two different Ballgame courts; the bigger one is within the Cobá group of structures.

The Sac-bé or white roads

Hundreds of years ago, ancient Mayans grew a commercial network among the cities, since each one had an autonomous government. The Sac-bé or white roads were built to connect cities; some had up to 62 mi long. Most of them had endured until these days, and many relevant ones are at Cobá.

Do you remember the comments about the “end of the world” back in 2012? They were after the Stele One, an enormous carved stone found in Cobá that points out the end of an era in the Mayan calendar that took place on December 21st, 2012.

Which is the best way to visit Cobá at the Riviera Maya?

The best way to visit Cobá is by tour. Although you can reach it by car, it’s very convenient to travel in a comfortable bus along an expert guide that will take you to the best places. Also, you can combine your tour to Cobá with a visit to Tulum or Xel-Há Park!